What is the word…when you get so overwhelmed you just freeze up?  Like, jammed, but not.  Why do I think it starts with a C?  Used with machinery?

Anyway, my brain is stuck and I don’t know the word that I’m trying to use.  I have, in the last 10 years or so, come to understand that it’s anxiety that leads me to make lists and over plan.  Do you do this?  I do this.  A LOT.

Now, making lists means literally nothing in relation to completing anything on said lists.  But sometimes it’s nice to see that is going on in my brain in a semi-ordered manner, even if it’s temporary.  Every once in a while, I’ll realize that once it’s all written out, there isn’t as much there as I originally thought.  Unfortunately, more often than not, I find that there is so much more going on that I wasn’t even thinking about.

Maybe list making is a bad idea.  Or the best idea ever. 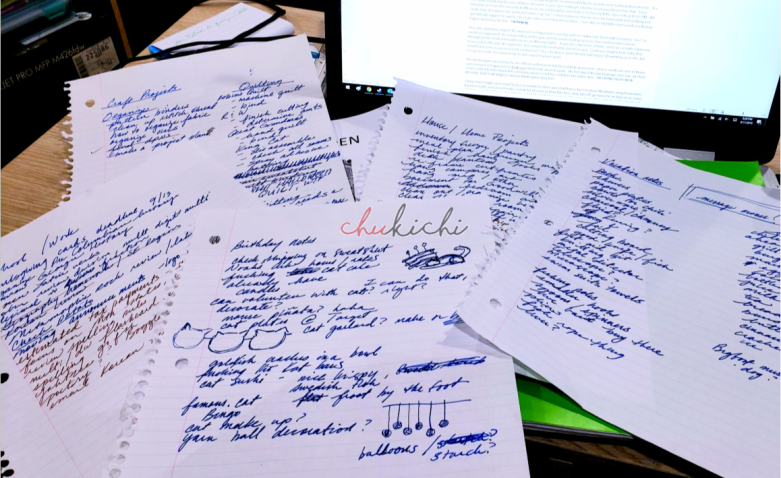